With the news of Hetalia: The Beautiful World coming out in July, so will the OVAs presented in there. Funimation has now released an English casting list for the Nyotalia girls.

By now, you’ve probably heard about the fifth season of Hetalia—Hetalia: The Beautiful World, coming to DVD on July 22. (And if you haven’t? Be sure to pre-order now!) This new season features the more detailed art style from the original manga, and it adapts some of our favorite, funniest manga stories that we previously thought we’d never see animated. Two weeks ago, we revealed the English dub cast for the new characters from season 5, but we hinted at an extended cast announcement coming soon… Today, the wait is over! 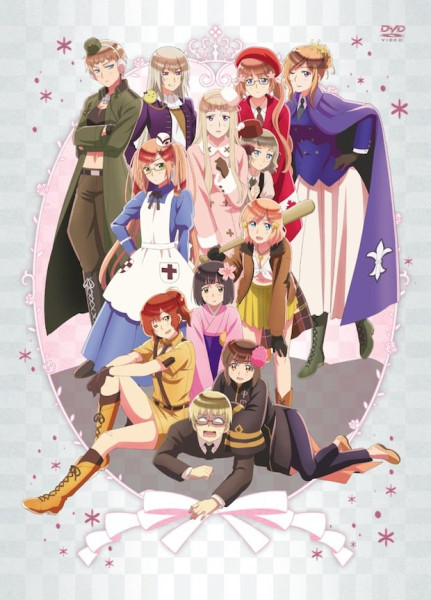 If you watched our simulcast, you’ve seen some great episodes from The Beautiful World, but you may or may not know about the five excellent OVAs bundled only with the Season Five DVD. There’s the long-awaited Buon San Valentino episodes, in which Germany gets hilariously… confused about his relationship with Italy (let’s just say there’s a tomato-shaped ring involved…). There’s also an exclusive OVA featuring our favorite nation boys—now as cute girls!

Fans know the genderbent Hetalia as “Nyotalia,” and you may have seen some fanart or cosplay of these cuties at conventions. They’re the Hetalia boys you know and love, but with a bit of a twist! We’re excited to reveal the new extended cast for these nation girls in the OVA. Check them out below! 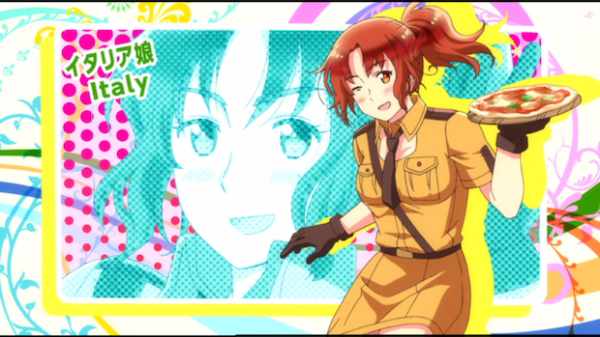 She’s still cute and loveable with a penchant for pasta, but fem!Italy’s braver and cooler than her male counterpart. 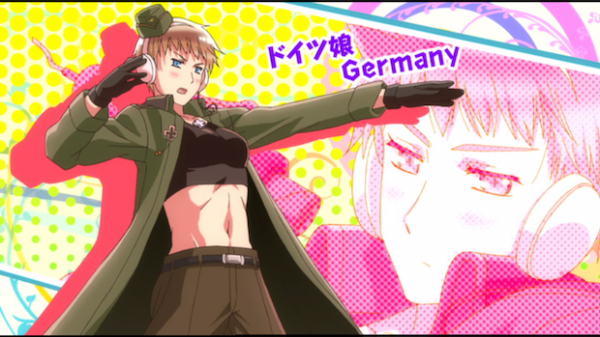 Still strong and serious, fem!Germany’s biggest deviation from her male counterpart is probably her, ahem, figure. But check out those abs! 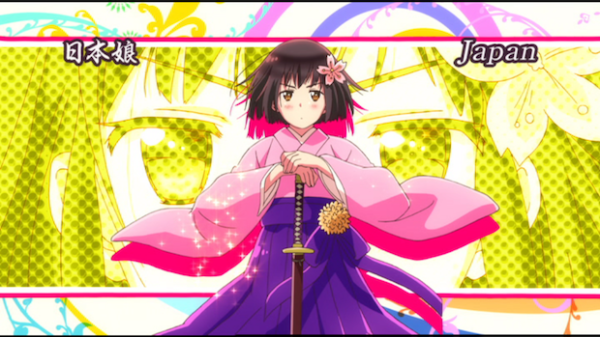 Cute and shy, fem!Japan is the image of the yamato nadeshiko—the classic Japanese beauty. 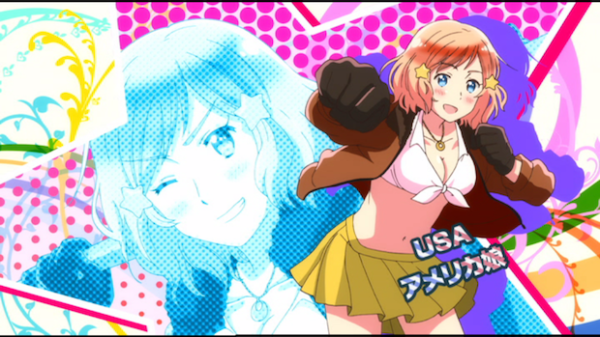 Probably one of the most popular genderbent cosplays we see at cons! Fem!America’s a cheery badass bombshell known for carrying (and “solving problems” with) her trademark baseball bat. 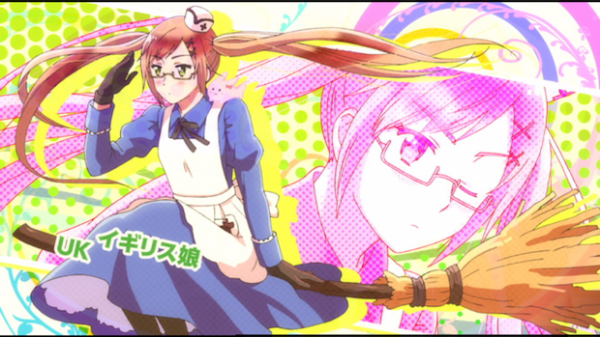 If male Britain’s a tsundere, fem!Britain’s more of a kuudere (cold and blunt on the outside, warm on the inside). Her pigtails and glasses give her more of a British grace. 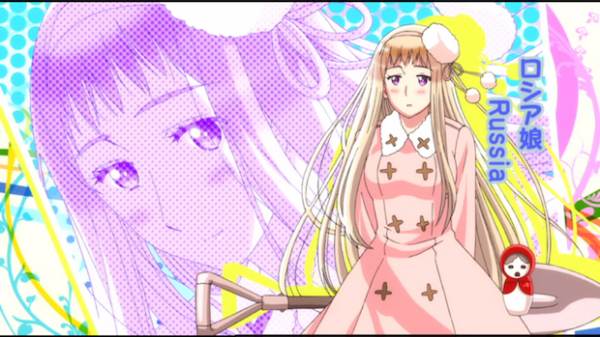 Like the original Russia, fem!Russia’s sweet demeanor belies her more volatile inner nature—instead of the lead pipe, she carries a shovel. For what, exactly? 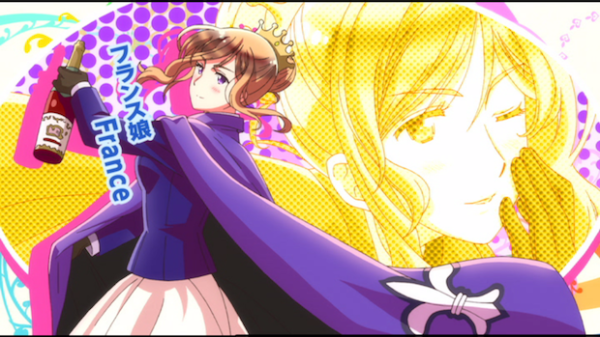 Fem!France is the image of elegance, always carrying wine or a rose or such, and she doesn’t have quite the same… infamy as her male counterpart. 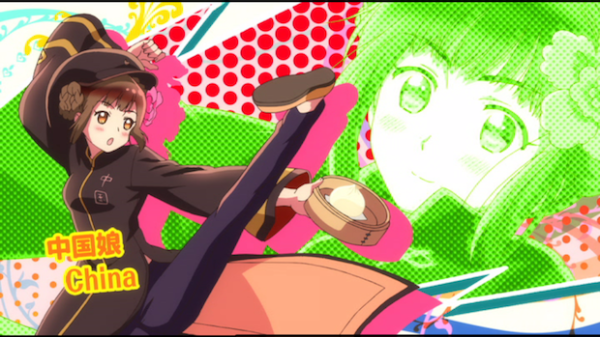 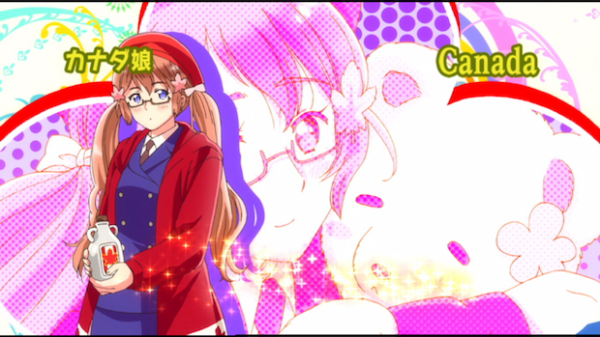 Who? She’s very similar to her male counterpart—quiet and bespectacled. Incidentally, Kumajiro’s got a girl version too–Kumarie. 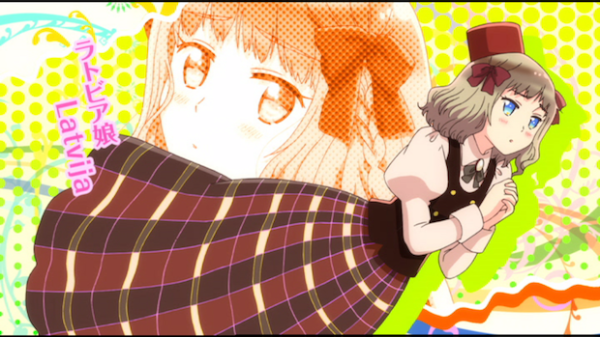 Fem!Latvia is also petite, meek, sensitive, and prone to crying like her male counterpart. 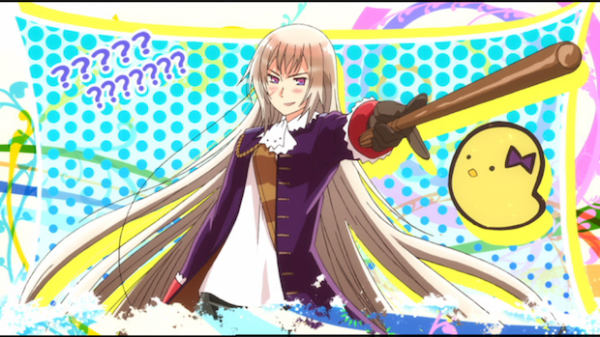 So what happens next with our Hetalia heroines? You’ll have to watch the DVD to find out! And in the meantime, we’d love to see your fem!Hetalia/Nyotalia fanart and cosplay—post them to the Hetalia Facebook page or @-mention us on Twitter or Tumblr (handle @hetaliaofficial on both platforms), and we’ll share some of our favorites!