utopia_aeternum and her friend cosplayed Lithuania and Belarus (oh, dear Natasha-san) and I was something like their photographer. They were shy to post it, but I told they're awesome so they let me.
Anyway! Photos under the cut and over the cut (yeah, mine).

psychoxbreaker
Character(s) or Pairing(s): Russia/Lithuania, Estonia, Latvia, America
Rating: PG
Warnings: Some large images...
Summary: Agh, 13 pictures under the cut. I was going to wait to post them all, but it's getting too large xD; So the rest will be posted on Valentine's Day, since they're more appropriate for that holiday~

My part of the trades; I requested for some Kid!Russia and Kid!America love. ;w; UWAHUWAH. See previous Art Dump #5.

So um. I haven't been getting to the requests as fast as I'd like, but I wanna flush em out soon.

Till then, have some Russia and Austria as friends, seme!UK, America topping Russia and Russia America chibis lulululul

( Collapse )
Just a few icons from episode 3 of the anime, and a fan video featuring t-shirts and Hong Kong doing the mojipittan dance.

Oh, and a VERY last minute bonus. I made some few icons from the scanlations found here. Very few. Only Germany saluting, Italy saluting and Russia being Russia.

This is not a cut. This is a link.

(There's also a map of the world that Alfred drew. It's a must see.)

lo_wah who wanted China with his hair down >D So I, uh, tried my best and came up with two fanarts... hope you like it :3

I know I mentioned a comic about Roma-jiji and Ancient Greece, but then I found out that my Ancient Greece character is, uh, the wrong gender 8D;; Sooooo I still need to tweak that/just give up xD;

But in the meantime, I have arts for you! 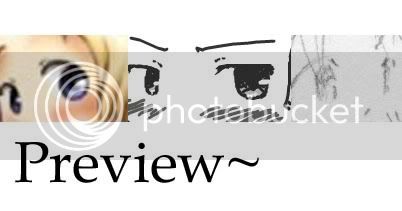 Hello, all! Just in time for Valentine's Day, we're kicking off the Buon San Valentino saga with the long-awaited first set. Brought to you by yours truly (

evercool! This post is quite image heavy as the page contains approx. 20 strips.

The second link is to the lyrics of Hetalia Boom De Yada, which rather speak for themselves.

mighty_mu_mu
Warning: VERY IMAGE HEAVY because I'm lazy and I didn't want to resize them XD

i tried my best drawing Sweden! but it still turned...weird.

I visited Himaruya's blog and spotted his latest doodle there. I had been thinking and wondering who is that guy beside Sealand on the right.. o.o

Title: Picture dump. And such
Author/Artist: </a>

silentlildancer
Character(s) or Pairing(s): HRE
Rating: G
Warnings: none
Summary: Never thought I'd turn a homework assignment into fangirling, but for my Visual Communications class we were told to make 2 torn-paper pictures out of black construction paper and for my second one, I made a very rough replica of HRE.