Title: All You Need is Love
Author: Me.
Characters/Pairings: America/Romano, Norway, Iceland. Mentions of Italy and others.
Rating/Warnings: PG-13, Romano's mouth.
Summary: For the kink meme prompt: Hurt/comfort, whereby one nation feels lonely/down/depressed and another nation cheers them up. Romano overhears something on the flight home that makes him depressed, and deals with it in a very Romano fashion.

For future reference: I'm not going to post links to past chapters in these posts anymore. Instead, I'm going to put a link to the directory where you can ctrl+f (or apple+f, idk) to find the other chapters. Sorry for the inconvenience.

Title: How to Save a Life - chapter Ten
Genre: AU/angst
Rating: PG-13
Warnings: So much angst, the title is trying to slit its wrists right now. Emotional turmoil, depressing Arthur, depression, self harm, etc.
Summary: Not sure how to summarize this one. Here goes: Arthur doesn't know where he belongs in life. Whether he's supposed to be alive or dead, he'll have to decide for himself. And as a fairly new transfer student, and someone that really has no clue what he's doing, the decisions he makes are going to be harder than ever. Okay, so that summary is a fail. Just know that this story is depressing and confusing and self-discovery, and angst, and the list goes on.

Oh yeah, this is a high-school AU. Sorry. And it's a messed up high school AU, 'cause I really don't know how a high school functions. TITLE: and there were flowers
RECIPIENT:

tea_for_you
PAIRING: England × France
RATING: PG-13
DISCLAIMER: Hetalia is not mine.
SUMMARY: Prompt was “trying at doing romance the right way.” Somehow it translated to England sending flowers to France and vice versa as a means of showing their affection/facilitating their romance. Because they aren’t good at actual verbal communication. I hope this is OK.

and for a moment France felt a little ill: Did he just concede that the brute was capable of subtlety? Mon Dieu. The world must be coming to an end.

wizzard890
Character(s) or Pairing(s): Russia/America
Rating: PG
Summary: 1979 - The Soviet occupation of Afghanistan signals the end of the Détente, and America brings back Russia's things.


This is a chapter from The Chosen End, a Russia/America collaboration spanning from 1780 to the present day. You can read all of the fics in this story at the Index.

So, do you guys remember how if you bought all the DVDs for Hetalia Axis Powers, you got a bonus CD with Sealand's Marukaite Chikyuu?

Their doing it again with the Oyasumi CDs :D

Basically, if you buy all the volumes (1-8), you can get a special bonus cd along with postcards.  The CD is called

AKA, we get  to have Sealand count us to sleep!   England and America are also appearing on this CD.  The story has not yet come out.  You can find more details here:
http://www.girls-style.jp/blog/honeybee/

scribe_girl73 )
Rating: T
Main Characters/Pairings: America/Taiwan, one sided Japan/America,one sided Taiwan/Japan.Other characters mentioned.
Warnings: High School AU.Human names used.
Summary: Mei needs someone to talk to about her relationship with Kiku and the only person she can talk to is Alfred.During their conversations she finds out to whom her heart really belongs.

Title: Never Mind the Bollocks, Here's England (A Thoroughly English fst)
Author/Artist: meridanvase/marie
Character(s) or Pairing(s): England
Rating: Uh, pg? There might be some curse words.
Warnings: Music! A lot of music! It's not a download though--it's a youtube playlist. Sorry. I didn't want the college police to catch me sharing files or whatever. Also, this was made by an American. I don't know if that affects anything but it might.
Summary: A wide array of music from the 60s to the present, all British. Everything from The Beatles to Bat for Lashes, really. All of the songs reflect England's character in some way, and if you squint there's some England/France and England/America, but it's nothing super blatant. I HAD SO MUCH FUN MAKING THIS. I even pasted together a crappy album cover like a dork.

But with... 2 months delay, I present the randomness~

Title: Founding Fathers.
Author: Me~
Rating: G....
Summary: So I decided to continue this. Basically, the story of how America met his founders. This chapter, is, of course, for Jefferson <3. More author's notes in link.
Link: http://www.fanfiction.net/s/6349901/2/

"You just do it like this, right?" Alfred asked, running the bow over the strings. A terrible screeching sounded from the violin and both boys flinched.

Title: Learning to Love and Be Loved
Characters: Prussia, Canada, others
Warnings: None
Summary: After saving and taking Matthew into his own family, Gilbert begins to question whether his decision was right. Through the drama of therapy, adoption and case hearings he must learn to adapt and love the boy who never experienced love in the first place

Thank you for reading!

I hope this is okay, since it's only one thing |D

But looking at Animate today, I saw something new in the Hetalia section

This is my first selling post, please let me know if I'm doing something wrong. ^^;; Thanks!

I made a bunch of small, 1 and 1/2 inch felt flag lapel pins to sell at my Artist Alley table for next week's con.
Well, considering Hetalia Day is coming up, I thought that I'd let people on the comm first dibs on them.

It was brought to my attention a few hours ago that several Hetalia strips have been removed from the official site (the pages that hosted the comics are still up, its the image files themselves that are gone)

All the comics and images that were removed have already been scanated just FYI.

UPDATE: It appears the images have been put back up. Odd. Maybe it has something to do with that organization chasing Himaruya? >.>

I have six USUK Doujinshi I am selling from various artists with various ratings! ponder_ponder @ LJ and Mel-Girl on FF.net
Character(s) or Pairing(s): All the nations will appear at some point, some more often than others. Main pairings include US/UK, LietPol, HK/Taiwan, AusHun, PruSwiss, TurGre, Spamano, among many others.
In this chapter: Lithuania, Russia, Belarus, Ukraine, America, Poland, Latvia, Prussia, Hungary, Estonia, Canada, England, New Zealand, Holland and Seychelles
Rating: T – there’s swearing, character death, etc
Warnings: First time writing for this fandom, Alternate Universe, Human names and all that scary stuff. Oh and character death.
Summary: Alfred Jones has invited many aboard his cruise ship for a Grand Voyage around the world! He isn’t doing it for the fun of it either with guests such as the extremely wealthy Kirkland family and the Braginski family onboard that he’s trying to curry favour with. And he isn’t the only one doing some plotting on this ship. Behind the scenes, many things are going on. There are many connections, some known and some secret. And somehow it all intertwines... Such as the concept of immortality... Ensemble Castfic.

All posters are in excellent condition, if you have any questions, feel free to comment here or PM me. If you buy all the posters, it's $15.
Thank you for looking ^^~

In light of my recent massive fail, I decided to post some images that

vysnia_cerasus found that were excluded from the scanation sites. So if I mess up again its partially her fault /shot

Some of this stuff may not be new to some people, just FYI.

Having trouble categorizing this post so... yeah. I'm made of massive earthshattering fail today 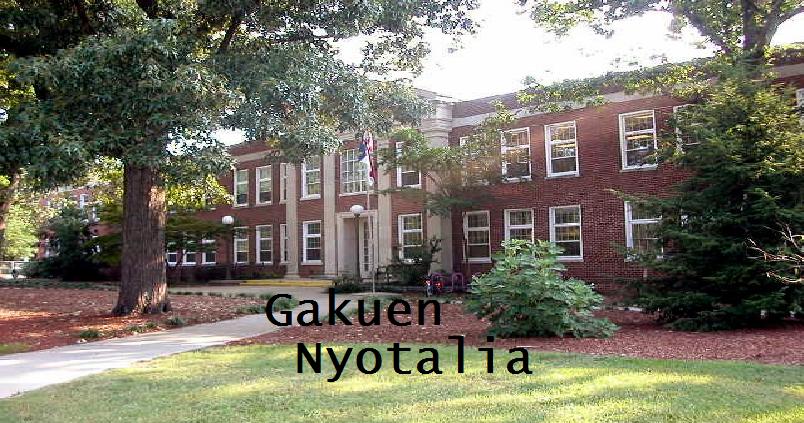 So since I just got the post from Toykoypop reminding me this month has national Hetalia day, I was wondering if there are any san antonioans doing anything for this very important holiday? Any ideas for get togethers or activities?
Collapse