Hey everybody! It looks like I won't be getting a table at any cons this summer, but I do have a stock of cases, pre-made and ready to ship. Some of them have been shown here before, and some have been modified, but here's what I have:

Hi! I'm selling some stuff over at 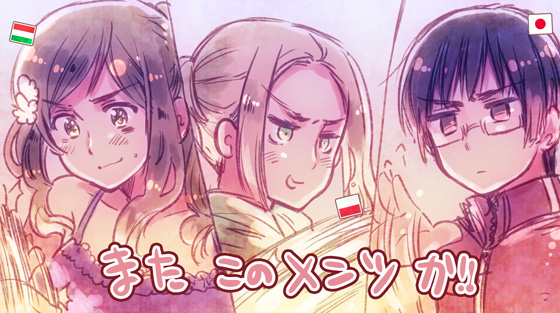 I got my Hetalia DVD's today, and went straight to Extra features :D

Found awesome commentaries, and this is one of my favorites. It has Eric Vale and Japan's voiceactor (whom I forgot the name of >>)

They're hilarious. I love Eric so much <3
( Collapse )

Title: Bridges
Series: Axis Powers: Hetalia
Characters/Pairings: Norway, Denmark. Den/Nor.
Rating: PG
Warnings: None!
Summary: "You know, I always thought Christiania was a prettier name than Oslo."
Notes: Written on request from a friend. The request was, "Present day Denmark and Norway talking about their union, the breakup, etc!!!" 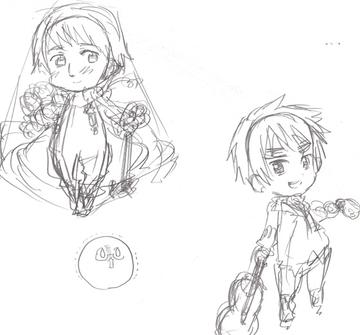 Hello everyone! I am trying to sell my old Spain wig since it needs a nice new home!
I am also selling 2 pairs of boots that have been used in Spain and north Italy cosplays in the past that would love to have some new feet to hang out with!

There are also some other cute things that need to go too, if you are interested!

But you don't really need a reason @


Title: Singin' in the Rain
Rating: G
Character: America
Summary: A doodle done for my friend

conjure_lass <333! I can't believe I never put this up anywhere! Parody on Gene Kelly's scene

fairywine. Female Sweden as a Valkyrie

Exactly what the title says.

What would the fem!nations (that being the genderbend nations) voices sound like? Or what voice actors would they have? What's there perfect voice/accent if you could have anybody?

I am also selling a few hairpins of these characters too.
Pendants $15 and hairpins are $6. USD.

please click the image above to go to my journal.

Title: As In A Dream
Author: Moi,

easterly
Rating: M for future chapters, T + as of now for language
Pairing(s): Spamano, GerIta
Summary: The grandson of Senator Romulus of New York, Lovino has all that he could possibly want. A stable job at a comfortable office firm, a large house, and a brother he can tell anything to. But an incident in a subway changes everything; Lovino is not who he seems, and nor is the green-eyed stranger who’d helped him. { AU, human names used. Giftfic for

( it has been waaay to long since i last posted here. )

This is so late I can't even-- I'm so sorry. Computer problems always have to crop up at the least convenient possible times.

Cut leads to my journal~

Title: I'll Walk You Home (chapter 7 / ?)
Pairings & Characters: Spain, France, Prussia (Spain / Romano in flashbacks)
Rating: PG
Warnings: Considerable amounts of angst. i promise it won't last much longer
Notes: The parts of this chapter in italics are flashbacks, which should be obvious by this point, lmao
Word Count: 2,201 for this chapter (something like 13,000 all-in so far!)
Summary: Lovino Vargas is a student working in a family-run cafe who doesn't quite know how to handle having a boyfriend who seems to genuinely love him.
To Read:('left hand over left hand, right over right.')

Summary: Germany is suddenly cursed with the plight of large, overbearing breasts (among other features) that would force him to take on the alias, Lucia. Numerous other problems would subsequently follow as a certain Italian boy fell deeper in love with his female guise. But could it be that she was also falling in love with that same boy? Her emotions are left in quite a frenzy, as are her hormones.

Notes: title translates to "Spaghetti and Sausages" in German. evident genderswitching, not really genderbending -- Germany is still the same character-wise -- he just transformed into a female, is all. also, my first HETALIA-based fic, so i'm pretty stoked about it (:
FF.net
Chapter 1
Chapter 2
Chapter 3

This is a part of a writing challenge I'm doing with a friend. It's some random drabbles based on random themes that we picked.

Anyways I hope it's enjoyable!~


Title: None really...
Author/Artist: Me,

meer_sshi
Character(s) or Pairing(s): Many; in this set of drabbles - America, Hungary/Germany, Canada, North Italy
Rating: PG13?
Warnings: Mentions of blood and character death
Summary: Multiple drabbles, so it's hard to put a summary....