aph_fluffathon . The prompt was Poland braiding Lithuania's hair while he's asleep. Ironically, this was the last prompt I claimed and the first one I finished.

( If I just lay here, would you lie with me and just forget the world? )

Title: All You Can Be

Summary: Arthur sees a mother and her new babies while Alfred confronts him about his strategy of running away at the first sign of trouble. Harry Potter AU. First part. Done for the 'animals' prompt of the usxuk summer camp.

I've got one extra copy of the normal version of Hetalia vol. 4 if anyone would like to buy it. The book is in mint condition and comes with a protective paper outer covering and the Nordic-centric "Thank You For Purchasing Volume 4" insert.

Price: 25 US dollars (plus $5 shipping within the US. I am willing to ship overseas; just let me know where you are and I'll give you a shipping price quote)
Payment method: Paypal only.
Extra comments: I will ship as soon as I receive payment. You can check my seller's feedback here: http://hikari-kaitou.livejournal.com/29151.html

mishkedehbizikh
Character(s): France, England, Scotland (OC)
Rating: G
Warnings: None now. Language, violence, and historical religious content later.
Summary: For His Kingdom is a webcomic style doujinshi that will be released throughout the year in 3-6 page batches. It will be 10 chapters long and follow the campaign of Jeanne d’Arc with special attention paid to historical accuracy. Set in the Hetalia universe, the characters of France and England, as well as an OC of Scotland, will play major roles throughout with important human figures of the day interacting with them. Though written for entertainment, the main purpose of the doujin is to educate both about this key event in the First Hundreds Years War as well as the culture and fashions of the day.

vvvv - Goes to My Journal - vvvv

All the info is here~

Hallo there, I ended up with an extra copy of the manga, so I thought I'd sell it to you folks for $25 plus $5 to cover shipping. I'm willing to ship outside the US though, just know that you'll have to cover the cost whatever that may be. This is the regular version and in mint condition. I haven't even taken it out of the plastic yet so whatever's in there is whatever is in there for you to lay hands on first. I'm willing to take bids on the item if there is a case of multiple interest in the item. Just make sure to quote the last person who made an offer so they know they've been outbid. In case of bidding, I wont take bids later than Wednesday at the same hour this post is made today. Item will be sent same day or next day when payment is made. ( Collapse ) 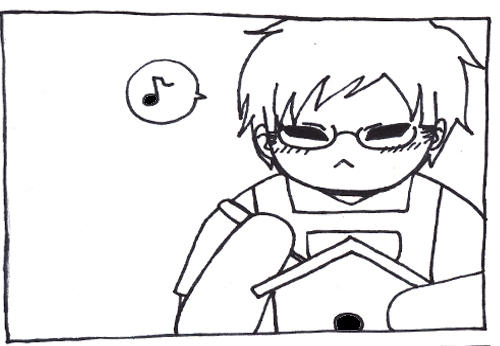 rose_fortress
Characters/Pairings: fem!Japan/fem!Greece + fem!America friendship
Genre: Fluff/Romance
Rating: PG
Warnings: Just a couple of kisses and enough fluff for a dozen cats to roll around in.
Summary: The 2011 Women's World Cup is over and emotions run high in Japan as she spontaneously celebrates with Greece, shakes hands with America, and gets beautiful flowers placed into her hair.

( The nadeshiko, for humility and grace. The chrysanthemum, for national pride. The sakura, for kindness and beauty. And laurel, for victory. )

usxuk Click on picture to go to my journal and see all the DJs for sale. :D

Author: Me
Beta: none (yet)
Characters: Norway,, Netherlands (mentions of others)
Pairings:  NLxNor (if you feel like reading it like that)
Rating: K+
Genre: Friendship/Comfort/Humour
Warnings: Mention of drug abuse.
Summary: It's not a place one expects to make new friends, but it happens none the less and for a breif moment they can pretend to be normal.

The other male glanced up from his book and stared blankly at the taller man. "Common courtesy dictates one should ask someone for their name first"

Willem blinked in surprise. Man was this guy uptight and cold.

Scratching the back of his head with a sight he tried again. "All right. Hello. My name is Willem, what's yours?"

The blonde man seemed more happy with this approach, and with a small piece of fabric he marked the page in his book as he closed it. "Erik"

He wanted to roll his eyes at this 'Erik' person. The man was obviously unable to even have a basic conversation.

"Well then Erik; why are you here?"

Erik glanced around the large garden before answering, his voice dull and lifeless. "You mean in this 'prison' or on this earth?"