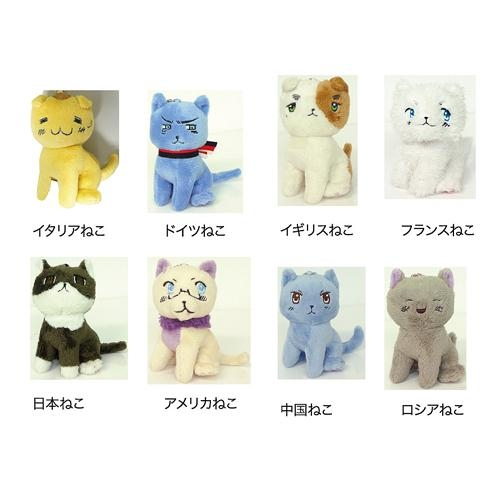 All four boxes have sold out~ However, any interest in Italy, Japan or China is enough to buy a fifth!

Click the image above or go here if you want one! Only $15 each before shipping~

Hello everyboby!
I found this page on Himaruya's website.
Well, I died! O_O
There's a boy looks like Denmark but I don't think he is him. He's together a little girl and a boy arrives. I hope they are Greenland and Far Oer, is it possible? Who are those three characters?
Why I can't read Japanese? (Because I'm Italian, Idiot!).
Here the pictures --> http://www.geocities.jp/himaruya/the2manga.html
Thank you very much!

Prices are reduced! Newly-added ones included!
Please take a look if you are interested!

Sorry to take so long to post here, livejournal has been giving me problems when it comes to posting lately, so to check up!

Title: I Can't Stop Loving You
Fandom: Axis Powers Hetalia
Pairing(s)/Characters: Alfred(America)/Arthur(Britain), Nordics, Estonia, Ukraine
Rating: hard R
Warning: AU, a few curse words, angst, mutual dubcon
Summary:  When Arthur was 19 he bought a laptop, shaped as a toddler which he named Alfred. Six years later, Alfred breaks down. Rather than lose his little boy, he has Alfred's data and AI transferred into an adult unit. Alfred's new body complicates their relationship with tension Arthur isn’t prepared for.
Notes: Kink meme de-anon, fill is still on going you can read the first (unedited) half here and the second here; beta read by the awesome

( "You know, France is coming too...I'll leave you alone when you two do your weird European rituals." )

Monday was just another normal day for the nations of the world. Tuesday, however, was a completely different story. As soon as the countries awoke, they found themselves sleeping next to someone who looked suspiciously like them... only, they were of the opposite gender. No one knew what happened or who was responsible for this - or if there was anyone responsible at all -, but the point was that the nations now had to co-exist with their counterparts.

Hetalia Daily is a new canon RP, set during modern times. As we've just opened, nearly every character is still open for grabs! As gender bends do exist in this RP, there will be a male and a female representing each nation. RPs are to be carried out over in Plurk. Check out the How To post in order to find out how you can create a Plurk account, and start RPing!

Character List || Applications || Plot || Rules || How To Use Plurk

~despite what you've been told, I once had a soul~
Collapse