Alright, I was thinking for quite some time now, do any of the nation's collect anything?
Do they collect crap, or actually valuable stuff? Do they hunt down collectables in antique stores, or just op shops (charity shops)?
Do they show it off, or keep it in cupboards?
Is it a little hobby, or do they basically have a full room of their beloved collections?

Hi all! I need money for college and OniCon but let's focus on college right now. I've got some Hetalia merchandise, and I'm willing to sell it!
Also posted to hetalia_sell, just thought I'd put it in the main comm so more people could see it.

(Check it out (along with the other things I am selling) at my journal!)

FFF- Must make this as cosplay....now...
It's another sketch of Belarus in her Wonderland dress, as part of Hima-sensei's drawing for Halloween.

http://himaruya.blog61.fc2.com/blog-entry-1281.html
We're not an incredibly new RP, and I've advertised on here before. Still, we've been losing several people and we're looking for roleplayers! We don't want this thing to die!

Some characters that we need:
For the entire list, go here.

Title: Addictions
Author: Me
Character(s) or Pairing(s): Norway, Netherlands & Iceland
Rating: M (for whole story)
Warnings: swearing
Summary:
It's an unlikely place to start a friendship, but life is full of surprises. Something these two are about to discover.

"Neither was Erik at first..." Emil retorts back before drawing his feet up and under him.

Yep, we're having one this year as well :)

I'll come back once I have pictures to post :)

oops I should have plugged this earlier

doodle in banner by

what_the_fruk!
We'd love if you participated, even if it's just by submitting prompts (actually, we'd love that).
Have a look around, support those who have already filled, and have a go at filling!
No need to be a member to join in! Ends November 6! 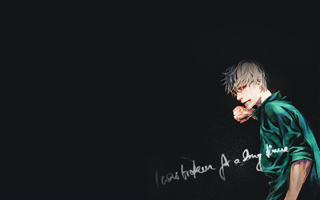 Hello everyone! This is a message for the participants of

aph_fluffathon, in case they did not receive a notification from the comm. The Fluff-or-Treating event is officially open, so please head on over and make your request! Remember that all prompts must relate to fall/autumn, holidays in October/November, or the supernatural, and involve fluff. You are limited to one request until a later announcement is made!

~*Remember, you do not have to have volunteered as a filler to make a request! So go check it out! :D*~

Summary:Being tangled in the mess of Arthur's ex-boyfriend and Ivan's blackmailing, Kiku
finds himself doubting his own heart in loving another after his possessiveness changed everything in the past. What will he do when Alfred asks for Arthur to come back?

Kiku
felt frozen, the reality of what he had just done crashing down on him.
A second after, he let go of his sword. The blood of his brother leaked
on the grass.

I wonder what book that Ita-chan reads.....

Both were written for the

shuriken7
Character(s) or Pairing(s): America/England
Rating: PG-13
Warnings: Oversimplification of a far more complex diplomatic event.
Summary: America has slighted England's honor by removing Confederate diplomats from a British ship, and England finds he needs to know the state of the young nation across the sea.

He didn't know what to expect...

shuriken7
Character(s) or Pairing(s): America and historical figures
Rating: PG-13
Warnings: None
Summary: “I was just wondering about my Declaration. Where do women and other people fit into all this? Are they getting rights along with the rest of us?” Dr. Franklin merely stared at him and America started to wonder if he had said something wrong...