cutthroatpixie
Character(s) or Pairing(s): (this chapter) Romano, Fem!Spain, Italy. Overall fic will eventually be some form of Spain/Romano.
Rating: PG-13 (for language)
Warnings: Human names. Ridiculousness. Lots of Romano being cut off in this chapter, too, it's really rude.
Summary: Far, far away, beyond the borders of dreams and wishes, just past where fantasies live, there sat a quiet, peaceful little kingdom. In a not so far, far away land, closer to where dreams go to die, sat a very disgruntled Italian man. This is the story of how these two realities came to meet.

As Christmas fast approaches, so does the long-waited, ever-loved and cracktastic thing which is a Hetalia Christmas Event.

So, what do you expect from this event?

What will the plot be, if there is a plot at all? Will there be boundless fan service costumes like Halloween or will it be a more serious moments and drama like the bloodbath? How many sleepless nights will we have to endure before we are start having a love-fest and telling everyone “I love you guys” ext ext?

And will Romano keep his title for event king?!

So the main comm shouldn't get flooded again like at Halloween.

hetalia_events, but right now it's up to everyone to give their feedback on the appearance so we can have it set up the way we all want.

hetalia shouldn't. But. There won't be the same need to make new entries constantly if the more fast-paced excitement's somewhere that's meant for just that.

For example, a separate entry for each update would be a perfectly acceptable pace for the new comm, rather than only making new entries when the previous ones max.


If anybody's interested, feel free to join up. ;u; We already have our first post to decide on rules and appearance.

If we can get any of the usual scanlators to come over, that'll be amazing~ If not, I'll do my best to mirror things until then.

This is actually a fanart Secret Santa for someone over on DA. She wanted 'an accurate portrayal of a WWI or WWII battle' so with some thought I went with my favorite little-known battle, the Battle of Athens! I can't post it on DA yet but I'm really proud of it and am just going to hope she doesn't have an account on LJ... 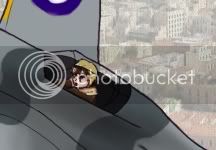 Title: Time of Your Life [FF.net]
Author: Jubilee
Characters/Pairings: A lot of characters, but the main focus is America and Japan.
Rating: T
Genre: Romance + Friendship + Family + Drama
Warnings/Notes: AU - High school.
Summary: A bond broken all because of a stupid fight, and then renewed with a simple "sorry". Now bffs, Alfred enjoys Kiku's company, and the latter realizes that his friendship is much more than he could ever ask for. To Kiku, he was a hero.

("Alfredo. He's a good match for you as a friend! The two of you can relate to each other quite a bit.")

TITLE: Five Weeks aka How Long it Takes a Puppy to Change Everything
AUTHOR:

osco_blue_fairy
GENRE: Romance/angst, fluff
PAIRING(S): USUK, background barely there Prussia/Hungary
RATING: PG-16
WARNINGS: relationship drama/angst, language, some sexy times, present tense, human names
SUMMARY: Sometimes, love just isn't enough to fix what's gone wrong--luckily, that's what puppies are there for.  A story of breaking apart, coming together, and puppy-rearing. Warning: socks may have been harmed in the making of this fic.XD
PROMPT: Alfred and Arthur adopt a puppy together.
NOTES: Done for the

usxuk Secret Santa exchange. A thousand thanks to the wonderful, lovely

hotbabysitter who beta'ed this story for me and did it with love!  I went to town with this and went outside my usual comfort zone, but I'm very happy with the results.  This story is completed and will be updated twice a week. Hope you all enjoy, especially you

Nordic Christmas by ~peace-of-hope on deviantART

World Peace by ~peace-of-hope on deviantART

First off, I'm sorry if this is in the wrong place! I did my best on the tags, too, please tell me if I should or shouldn't use some.

There's a Switzerland/Belgium anthology all over Pixiv, and I'd really really like to buy it. The website, however, is only in Japanese and Google Translate is not a very big help. I was wondering if anybody could skim over the order form for me, and help me translate my information to place an order with them? If that's not possible, then maybe someone living in Japan can order it for me and then ship it to the US? I'll pay all the costs involved, of course.

The page is right here. If you're interested in helping, feel free to comment here or PM me! :)

Title: The Prince's Other Half
Characters/Pairings: USxUK, AusHun
Genre: Romance/Humor
Rating: K+
Warnings: AU
Summary:  Prince Alfred, with the help of his companion Arthur, has a month to scour the globe and bring home a bride so he can become king.  Will he succeed, or will the crazy monarchs he meets on his journey thwart his quest for the throne?

shuriken7
Fandom: Hetalia
Main Characters/Pairings: America/Canada, America/England (mutually one-sided)
Genre: drama, war, romance
Rating: PG-13 this chapter
Summary: At the turn of the 19th Century, the United Kingdom is at war with Napoleonic France. He has won supremacy of the seas and no navy in the world can best him. He uses his power to stop trade to his enemies which doesn't sit well with America, who continues to grow after the Louisiana Purchase. It is a lesser evil to anger the Americans than lose to France, so England continues to block trade and impress sailors off American merchant ships, claiming that once an Englishman always an Englishman. On June 18, 1812, America declares war. He turns his attention north, to the nearest British colonies, and someone he is closer to than anyone else...

This chapter: England becomes master of the ocean and America feels more and more downtrodden...

Chapter One
Chapter Two: There was a sinking feeling in his stomach... America wasn't going to let this go...